Welcome to my webpage

I am a Marie Sklodowska-Curie Postdoctoral Fellow in political theory at the Department of Politics and Public Administration at the University of Limerick (Ireland) and member of the Political Theory Research Group at Universitat Pompeu Fabra (Barcelona). Previously I worked as a Juan de la Cierva Postdoctoral Researcher at the Department of Political and Social Sciences at the Universitat Pompeu Fabra (UPF) and as a PDM postdoc fellow at RIPPLE (Research in Political Philosophy Leuven), at the KU Leuven (Flanders, Belgium).

Formerly, I studied Political Science at Universitat Pompeu Fabra (UPF) in Barcelona, after finishing my BA in 2010. Afterwards, I continued my studies, obtaining an MA in Political Philosophy at the same university and, subsequently, holding a PhD in Philosophy (KU Leuven, 2018). 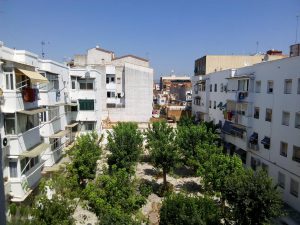 Adding some more information about myself, and perhaps even more significant in terms of defining me, I think I should talk about where I come from. I am from El Prat de Llobregat, a small city of the Barcelona metropolitan area. You may probably have heard of it because the main airport of Catalonia is located there. Nonetheless, apart from terminals and planes… El Prat does exist! We have, for instance, a nice beach and a wonderful delta, an autochthonous blue-legged chicken (named potablava) and artichokes that count with a protected designation of origin. However, and apart from all those distinctive aspects, there is one that fills us its citizens with an especial pride: a sort of local ‘Pratriotism’ (and, why not say it, also a class pride, since we have historically been a peasantry and working-class town!). In other words, above all, we have people. Very diverse people, who have come from everywhere..

Maybe it has been due to this diversity, and thanks to this weird irrational ‘love’ of ours for this city and its people, I have actively taken part in an esplai (a Catalan kind of boy-scouts organization). I have also been member of a colla castellera (human-towers association), among other kind of popular organizations and events, including politics. Actually, there are times when I wonder if all this wouldn’t have meant to complicate my life a bit too much… And I am still not clear about it! 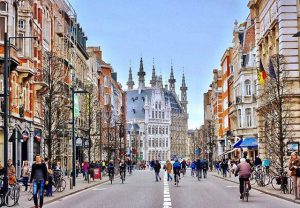 Still always remaining somehow connected to my hometown, I also travelled abroad and moved to the city Leuven for more than five years. There I was dedicated to my research in the field of political ideas or, as we name it, political theory. This field of knowledge is worried, among other concerns, about how a society (and its political institutions) should be in order to be just. In this vein, my specific research focuses on issues of citizenship, multiculturalism and language policies in diverse societies. That is, how a language regime should be in order to be just (to attain what it is named as linguistic justice). 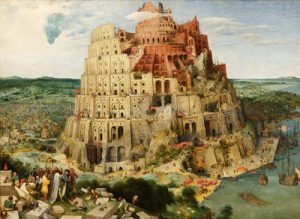 Linguistic justice is about answering the following question: which principles of justice should guide the actions of political institutions in a given society in relation to its languages and its speakers? Issues about language rights and duties or how individuals and societies value language(s) are at the centre of this debate. This kind of discussions has concerned more and more political theorists for, at least, three reasons: firstly, English has increasingly become a global lingua franca; secondly, due to the increase of the migratory waves, mainly towards the western countries; and, finally, as a consequence of the recognition claims of many ethnic, national, indigenous and/or linguistic minorities all over the world.

Apart from my linguistic concerns, I also work on republicanism and its notion of freedom as non-domination. Republicanism is an old tradition of thought born in the classic Athens that continued in the Roman Republic and, afterwards, was inherited by the Italian Civic humanist Renaissance (one of the most well-known being the politician and philosopher Machiavelli). Subsequently, The America Founding Fathers and the French revolutionaries were the ones who kept alive the republican ideas.

The republican thought generally stands for freedom and against the evil of domination and servitude; it highlights civic virtue, political participation and connects them with its defence of freedom. Additionally, it demands the dispersion of power and the promotion of economic autonomy precisely to attain a free society. In fact, the term ‘republicanism’ comes from the Latin concept res publica or, translated into current English, the ‘public thing’. It is also the Latin adaptation of the Greek concept politeia: the government of the many in Aristotle’s categorization of the existent political regimes. It is so because republicans believe in a polity able to include everyone’s interests in order to support the common good of the city, by means of trying to skip corruption (understood as the pursuit of private interests by public powers). Thus, it is the power of the many, of the common people, of the citizens of the res publica, willing to maximize citizen’s freedom and minimize domination what is crucial for republicans. 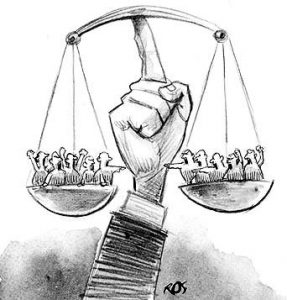 Other interesting topics I occasionally work on are the ones related to distributive justice (how should resources be distributed in a given society in order to get a fair distribution) or issues of nationalism, democratic theory, and the question of the right to self-determination and secession.

Here you can find my publications.