Throughout my life I have always been, as I am still at this very moment, involved in several social organizations, the majority of them located in my hometown, although I have also participated in some activities concerning the whole Catalan territory. However, here I want to focus on the two projects in which I have participated the most.

On the one hand, I was a monitor (volunteer) in a youth leisure organization (a Catalan kind of boy-scouts organization) during 8 years. Specifically, in the Esplai Sant Pere i Sant Pau in El Prat de Llobregat.

Due to the extreme difficulty that I find in describing what this has meant to me, I will borrow another’s words. The writer and journalist Carles Capdevila, expresses far better than me what it means to be an ‘esplai’ monitor [my translation]: ‘They are a strange kind of beings who are between 18 and 25 years old that call themselves ‘esplai’ monitors, or Scouts leaders. You would recognise them because they work their asses off every Saturday afternoon in their facilities organizing gymkhanas, they lose the weekends, making excursions and waste their time to organise activities or excursions and the Easter or two-weeks Summer holidays going on camps. And everything without earning any money and with a passion that cannot be good for one’s health’. Moreover, he adds, ‘and their will is absolutely constructive (oh, what an old-fashioned concept). They are such an anomaly in defeatists’ environments and in decadent societies. Someone should stop them before they come up with truly changing the world’. So, this is it: a desire to change the world and make it a little better than it was before. 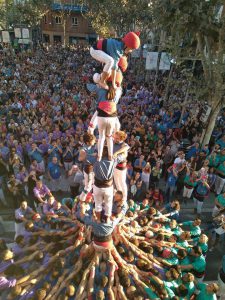 On the other hand, I have been implicated in a colla castellera (human-towers association). In concrete, I co-founded (with several people, many of which were also members of some boy-scouts organizations) the Castellers del Prat de Llobregat. I won’t deceive you, at the very beginning no one believed that we were going to make it. To create a colla castellera requires a lot of logistical effort, money, patience and, above all, people. Nonetheless, now (and a few years after its foundation) we can say that our ‘bet’ has been really successful and, thanks to that, our city can enjoy the social and cultural benefit of having a human-towers association. Unfortunately, I had not much time to enjoy this small victory. Shortly after its foundation, I had to leave the city. I got a job in Leuven. However, whenever I am able to, I try to participate in the activities of the association.

Finally, I’ve been involved in politics, both in the local and in the whole Catalan territory. I’ve participated, to a greater or lesser extent, in some social movements (for instance, in protests to protect the historical architectural heritage of my hometown or in favour of a universal basic income) and, especially, in the Catalan left-wing republican movement.

I’m a left-wing activist because I believe in a more egalitarian distribution of wealth and property. I’m a republican because I believe in a citizen’s participation in the public domain and in the construction of a citizenship free from domination. Additionally, I feel attached to a political community (Catalonia) who has the right to self-govern itself and to constitute itself as a free and egalitarian Republic in a world that I also want to be free and egalitarian. 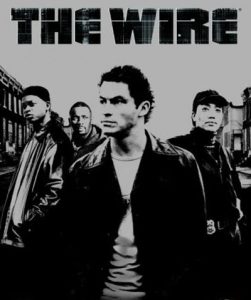 Apart from all of this, I also like to spend my free time in other sorts of activities, maybe not that intense, but sure as gratifying as the ones I mentioned above. For instance, I really like watching TV shows, either about politics (Borgen is excellent!) or about a different topic (The Wire, Breaking Bad…). I also enjoy reading entertaining novels (Game of Thrones novels are by far better than the TV show!), listening rock/punk music in different languages (I love Berri Txarrak, although they sing in Basque and it is not always easy to find the translation of their lyrics… they are great though!) or, let’s be frank here, easy and commercial laugh films. And, of course, discussing. If possible, with fun provocations better. Nonetheless, I should confess that I cannot stand those who try to make fun of others nor those who believe to have enough moral superiority to a priori despise what the other may think. I suppose it is due to the fact that, the more I try to know about philosophy, ethics and politics, the more doubts I arouse. In this vein, I recently read a quote from the English suffragette Emmeline Pankhurst (1858-1928) that seems very bright to me: ‘Justice and judgment lie often a world apart.’